Did you know there are over 400 million native Spanish speakers, making it only second to Mandarin in terms of the most spoken languages in the world. English soon follows with roughly 360 million native speakers. So with such a large audience, it’s no wonder there are many advantages of marketing your global business campaigns in Spanish.

Here’s why your business could benefit from a multilingual marketing strategy and how an experienced Spanish voice over can help.

Exactly what is the Spanish language?

The Spanish language that is globally recognised today is derived from a dialect of spoken Latin that evolved in the north-central part of the Iberian Peninsula in the 5th century. After the decline of the Roman Empire, Castilian Spanish originated as a continuation of spoken Latin in a number of areas of northern and central Spain. Eventually, the Castilian continuation Latin (from Spain’s Castile region) mixed with the Arabic dialect formed what became the standardized Spanish language.

How does it affect UK businesses operating globally?

When not including English-speaking countries, Spanish comes in as the UK’s 5th top export market.  In a study conducted by the British council, the importance of languages based on a number of factors, including number of speakers, number of internet users, British exports to those regions and GDP of the countries that speak them, were ranked to determine the languages to prioritise in marketing campaigns. The Spanish language came out on top with a score of 76, followed by Arabic and French with scores of 54 and 47 respectively.

Why global businesses could benefit from advertising in multiple languages

Search engines such as Google make sure their search interface is available in a multitude of languages because they have a global range of users. Knowing the importance of language when it comes to search relevance means that these companies have given their users the option of restricting search results to content that is presented in their own language.

In other terms, if you are not creating content in languages that your audience may be searching in, then you will not be included in the search results. This goes for video productions also.

By incorporating other languages into your marketing strategies, you’ll be included in the global interconnected web of social conversations already going on in those international markets, which is undoubtedly beneficial for social media campaigns.

2.    Customers respond more favourably to content in their chosen language

It has been widely researched that multilingual internet users, when given the choice of languages, would always choose the website in their own language.

3.    Reduce the risk of your message being misunderstood

An international marketing strategy that is presented in English may confuse, or worse mislead, an audience whose native tongue is not English.

Spanish and English languages share a lot of words with Latin roots, which can make it relatively easy for non-Spanish speaking people to take a guess at the translation of a number of Spanish sentences. But sometimes similar sounding words in each language can often mean something completely different, often known as “false friends”. For instance, the English word ‘embarrass’ sounds a lot like the Spanish word for ‘pregnant’—‘embarazada”.

The art of translation

What these three points show is that international businesses can greatly benefit from advertising in the native languages of their audience, rather than a one-fits-all English campaign. But to get this right, it should go far beyond a simple translation of general market English ads.

Translation involves far more than exchanging words from one language to another.  Translation is a complex skill, so no computer tech can compensate for cultural nuance. This is where an experienced Spanish voice over can enhance your marketing and help you create compelling, Spanish-language original campaigns.

As a bilingual voice over artist, I can speak fluently in both English and Spanish. As a native Latin American Spanish speaker [https://www.lorrainevoiceart.com/spanish-voiceovers.html] I am capable of projecting authenticity into any script (gracias to my Chilean Latina heritage).  I can ensure grammar and syntax is translated seamlessly, so you can be assured your script is culturally relevant.

I am lucky enough to have worked abroad, which has allowed me to fulfil my travelling dreams and live in such magical places as Barcelona, Paris and London. Now based in the UK, I am available to be the voice behind your business projects, making your product, brand or service come to life. 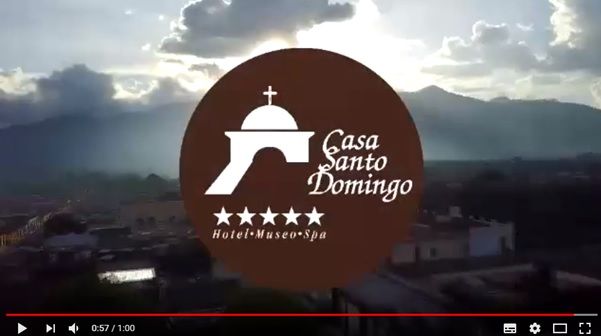